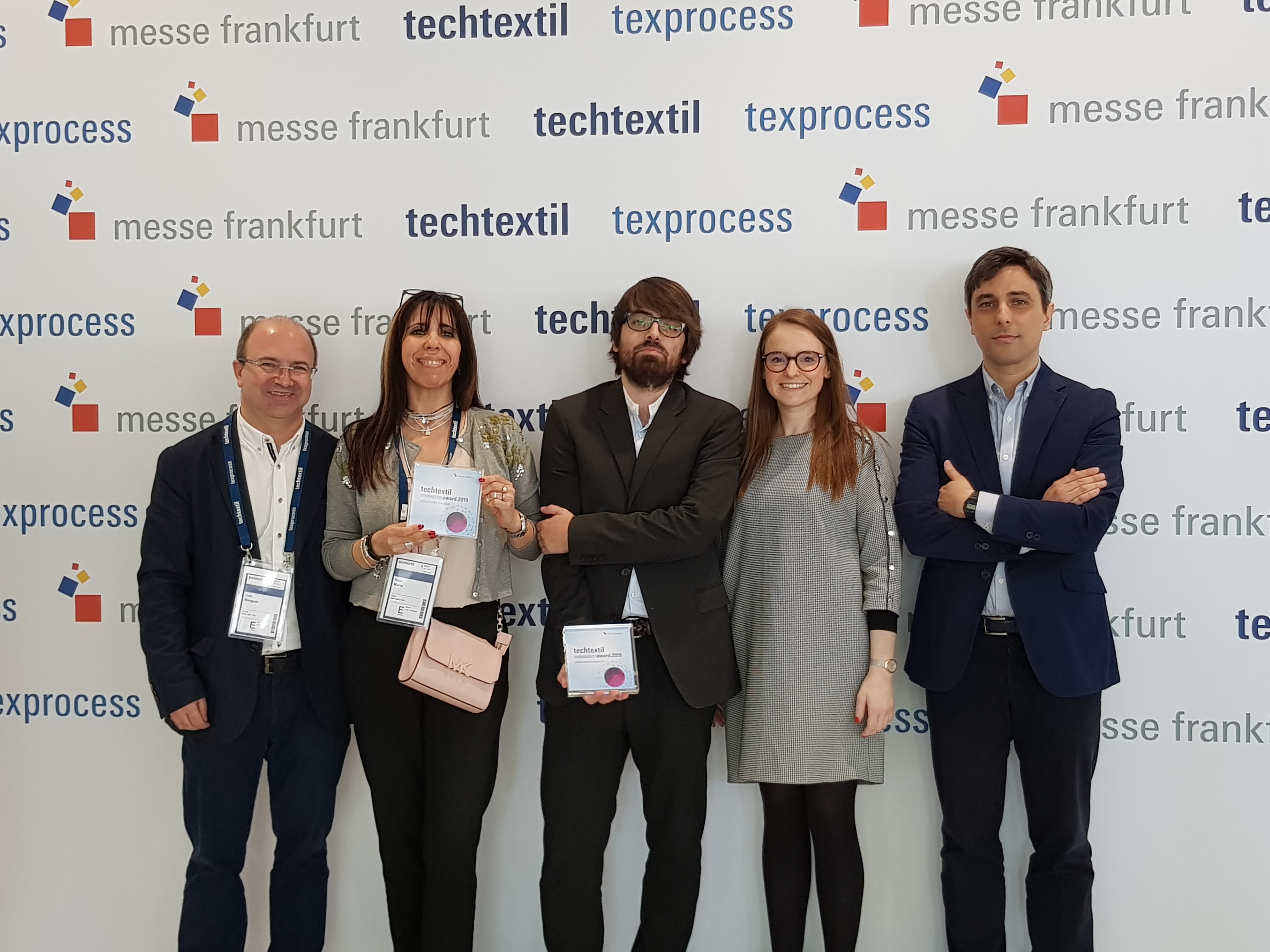 The CeNTI Project, PICASSO, won the Sustainable Solution award at the international competition of Techtextil, the most important high-tech textile fair in the world, held from 14 to 17 May in Germany.

PICASSO was one of seven projects that won the Techtextil Innovations Awards Contest, an initiative that aimed to highlight the best and most important high-tech projects in the world, and in which three other Portuguese projects were distinguished in categories such as New Technology, New Application and New Material.

PICASSO and the winning of the prize awarded were the theme of a report on Trendease International TV that helped the project and its concept to become known.

Developed and promoted by TINTEX Textiles, in collaboration with the technological centers CeNTI and CITEVE, and the co-promoters, Ervital and Bioinvitro, PICASSO aims to create a line of colored textile products from natural compounds, as plants and mushrooms.An innovative and disruptive idea now distinguished worldwide.

The contest washeldin the scopeof Techtextil, the largest and most important high-tech textile fair in the world.The initiative, which took place at Messe Frankfurt, Germany, from May 14 to 17, brought together hundreds of companies and research centers from the textile, clothing and technology sectors.

CeNTI, in cooperation with two Portuguese companies Neutroplast and BeyonDevices, is developing smart tags for monitoring medication. Incorporated in the...
more

The national program FuEL, which supported eight innovative business ideas, proved to be a success within the business, scientific and technologi...
more

A website to promote the Key Enabling Technologies was launched by CeNTI. The platform presents the KETS, demonstrators according to these technologies, areas of implementation and companies that are part of the KETs eco...
more

The iHeatex Project, developed by JF Almeida in collaboration with CeNTI and...
more

In a preventive and responsable framework, and following the recommendations and guidelines of the Portuguese Health Department (DGS) for the adoption of preventive and contingency measures for the propagation of COVID-1...
more
To use our services you must accept our Privacy note.
Privacy Note |